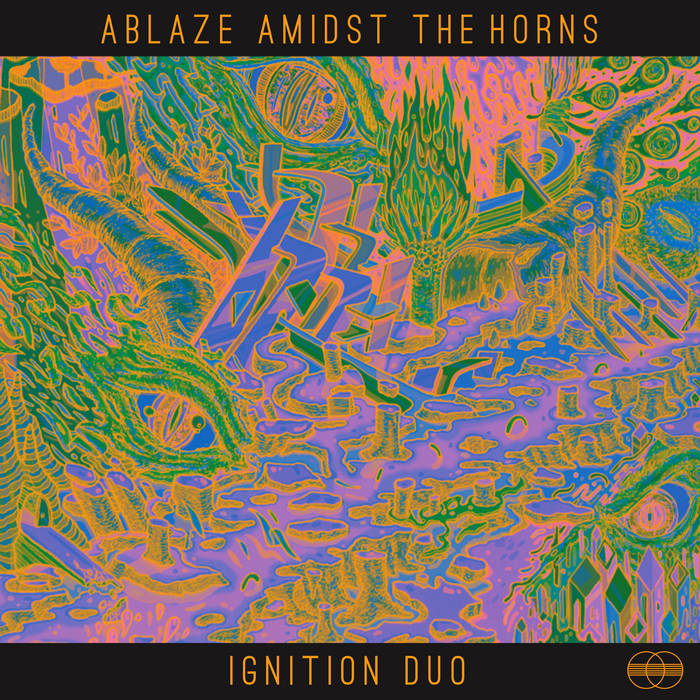 "Double Negative uses an overtone-based tuning to unleash roaring, towering chords of harmonics and open strings that dominate the first half of the piece, giving way to a groove-heavy second half with rock-inflected riffs and patterns."

Double Negative was commissioned by Ignition Duo and premiered at the Switchboard Music Festival in San Francisco on March 24th, 2013.

from ABLAZE AMIDST THE HORNS, released January 30, 2016
Composed by Ryan Brown

Ryan has received an Emerging Composer Award from the Gerbode and Hewlett Foundations, and a Morton Gould Young Composer Award from ASCAP. He was a finalist for the 2009 Gaudeamus Prize, and Composer-in-Residence at the Mondavi Center for the Performing Arts at UC Davis. His music has been recorded on New Amsterdam Records, Tritone Records, and TraceLabel.

In addition to composing, Ryan is co-founder and Executive Director of Switchboard Music, a San Francisco-based non-profit presenting innovative and eclectic music from the Bay Area and beyond. Also active as both an electric guitarist and electric bassist, Ryan has been a featured performer in works by Terry Riley, Steve Reich, John Adams, and Steve Mackey, and has performed his music with the JACK Quartet and Brooklyn Philharmonic.

Ryan received his Ph.D. from Princeton University, and is also a graduate of California State University-Long Beach and the San Francisco Conservatory of Music, where he teaches composition and music history and serves as Director of Professional Development.